As Evening Hurries By. One of the photographer’s own favorites.

Somehow I missed the notice that one of my handful of favorite photographers, Fan Ho, passed to that darkroom in the sky in June of this year at the age of 78. (Many biographies list his birth as 1931.)

In the 1950s and the 1960s, Fan Ho stalked the streets, alleys, tenements, waterways and markets of Hong Kong with his Rollei Twin Lens Reflex, possessed of a deft compositional sense and a patient* eye for light and shadow. In so doing he inadvertently documented a city that would morph into the great metropolis it is today. His poignant, compassionate and artful portfolio from this time relates a humanist sentiment highlighted by a geometric touch salted with intriguing chiaroscuro. He was able, equally, to portray Hong Kong as a hive of activity or as a nearly deserted monument to the individual.

It is unfortunate today that many young photographers are not familiar with his work. For those who are, one of the facts they know is that the Photographic Society of America consistently listed Ho as one of the world’s top ten photographers every year from 1958 to 1965. He was the recipient of some 300 photography awards over a long career and also directed 27 films (also acting in a few!) His diversity sprung, no doubt, from his feeling that, “I hate to repeat myself.”

What is probably less known is that Fan Ho had a self-deprecating and very refined sense of humour; his wit was infectious and ever-present.

Fan Ho was about the last of a generation of image-makers who made photography the modern expression we see today.

He will be missed. 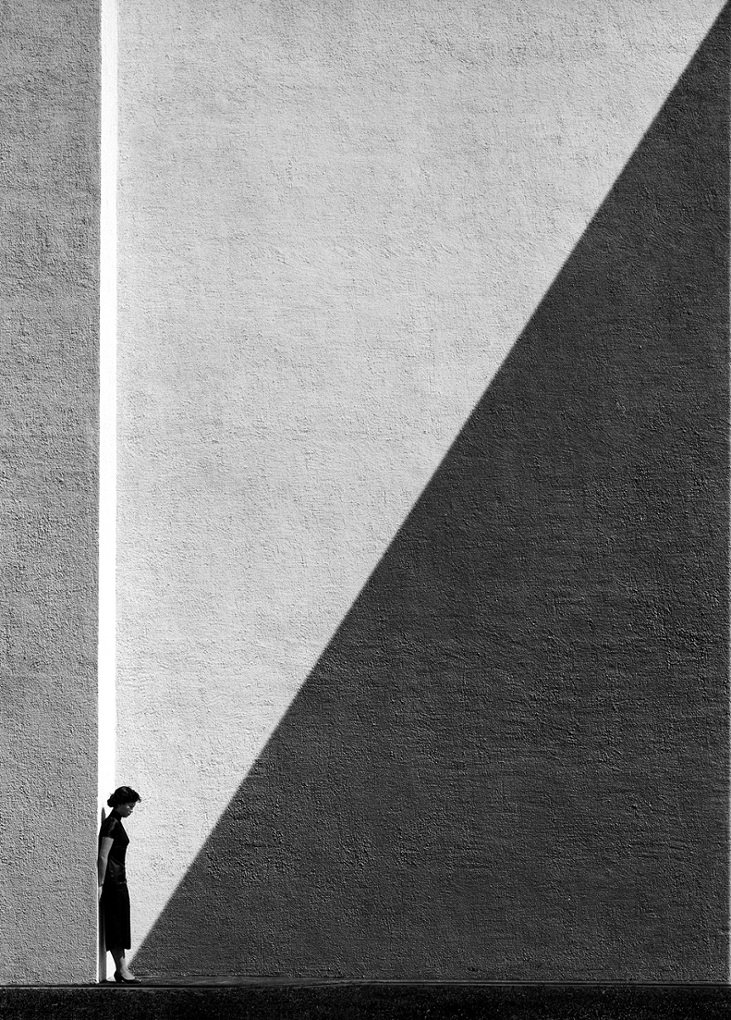 * Approaching Shadow (1954). For many years I marveled at this photograph and thought of it as one of the small number of decisive moment masterpieces. Now that I know more about it I still find it entirely captivating as, apparently, did the buyer at Bonhams (Hong Kong) in 2015 who purchased it for HK$375,000 (US$48,000), a Fan Ho record. In fact, Ho used his niece for the model against the wall and a draughtsman’s triangle in the darkroom to create that dramatic edge of shadow! To me the artist’s darkroom manipulation makes this image no less great.

All text, images and data © 2013-2020 Wilbur Norman and/or their respective © holders. All TM (Trademark) and SM (Service Mark) rights reserved. Reprinting material from this Web Site, for commercial purposes, without written consent is a violation of international copyright law. Please ask first!