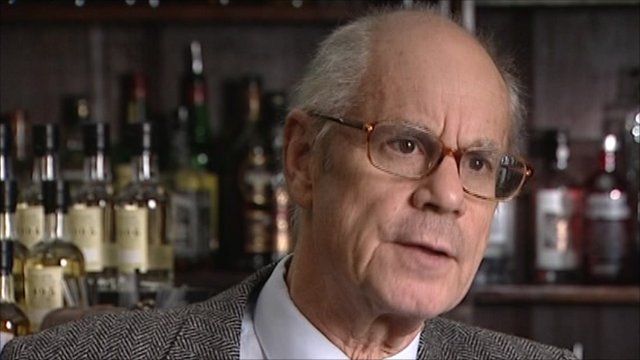 We  lost one of the planets most entertaining writers yesterday. Simon Hoggart (26 May 1946 − 5 January 2014), Parliamentary sketch writer for The Guardian Newspaper and wine columnist for The Spectator. He might well have become a tennis star but for serious injuries that led him to consider journalism. Tennis’ loss was the written word’s gain (and broadcasting’s, on both sides of the Pond, as well.) Always writing, he published about twenty books, the last two after being diagnosed with terminal pancreatic cancer in 2010.
Hoggart’s insights and witticisms are legion. Herewith, a few:

I’m just back from a week in France. Naturally I took a case of non-French wine over on the ferry so as to have something decent to drink. The French are terrifically complacent about their wine, believing that the worst they produce is better than the best from anywhere else. They are wrong, and there are few sights more depressing than the parade of tired, ill-kept, dreary bottles on the shelves of French supermarkets. The humblest British high street off- licence has wines from a dozen countries, and frequently twice that; in France it is hard to find wine from outside the region, never mind abroad. It may cost i1 or so per bottle less, but that is no compensation for Chablis like acidulated chalk dust, or clarets which have finesse and backbone but no discernible taste. I know many older drinkers like only French wines, but this is force of habit; just as men over 50 tend to prefer stockings to tights, it’s a matter of how you started. — 19 April 1996, Diary.

I loved his testimony (before Parliament’s Public Administration Select Committee) in 2009 about the bleaching effects of politicians’ jargon when they seek to white-wash political acts. He began the hearings by re-stating one of Churchill’s war-time phrases as if it were re-written by a modern government wonk, turning “We will fight on the beaches” into “an ongoing programme of hostile engagement in littoral sectors.”

Gotta love it! He and his writing will be much missed.